Why Is Diet Soda So Bad For You?

Aside from being incredibly addictive, diet cola has some strange ingredients that can damage both your digestive system and longer term health. Let’s have a look at those ingredients ahead.

Right at the top is the phosphoric acid that gives both regular and diet cola their high levels of acidity.

Alongside its potentially damaging effects on your digestive tract, phosphoric acid tends to reduce hydrochloric acid secretion in your stomach.

This can lead to impaired digestion and has the potential to be one of the causes of flatulence, along with many other health problems.

This process produces the byproducts 2-methylimidazole and 4-methylimidazole, both of which have been shown to be carcinogenic (cancer causing) in animal studies.

These byproducts were concerning enough for the respected Center for Science in the Public Interest (CSPI) to formally request the FDA to remove sulfite ammonia caramel colorants, like the E150d in cola, from the generally recognized as safe list.

They also asked the FDA to stop food and drink companies calling sulfite ammonia caramel ‘natural coloring’ (which is pretty ridiculous that this was ever allowed in the first place if you think about it). They’re still waiting on an answer.

The caffeine in diet soda provides a jittery rush of energy (or is that anxiety?), along with a relentless taxing of our adrenal glands. This adrenal stress is usually the reason why we often feel so much more tired after the caffeine rush wears off than we would have without it.

Of course, there is always the handy (for the manufacturing companies) caffeine addiction at work again the next morning to keep us coming back for more. While diet cola doesn’t have as much caffeine as coffee, with the amounts many people drink, the net effect would be pretty similar.

Both regular cola and diet cola share all of the ingredients above. The main difference between regular and diet soda is switching out the massive amounts of high fructose corn syrup or sugar for the artificial sweetener aspartame.

Aspartame and Its Side Effects

Aspartame is one of if not the most controversial chemical additives ever added to our foods or beverages.  Here’s a sample list of aspartame side effects, primarily from diet soda, reported to the FDA: 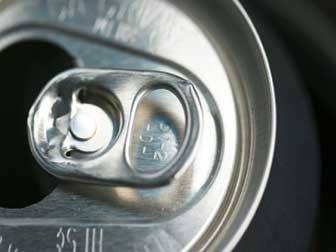 A little worrying to read for anyone with a diet soda addiction I’d imagine. Obviously these are people’s reported symptoms and side effects, not scientific proof. Still, it’s interesting that it’s been estimated that around three quarters of the complaints about a food additive made to the FDA involve aspartame.

That’s a staggering number. Huston, do you think we have a problem here? No matter what your industry funded rat studies say, when you have this many people reporting side effects with aspartame products isn’t it time to sit up and take notice?

The FDA actually used to publish a list of reported aspartame side effects back in the nineties. Here’s a copy from 1995. For some reason they don’t publish them anymore. Perhaps the list just got too big.

Some people have worse aspartame side effects than others, who may not be aware of any. However, many people report problems when they try and give up an aspartame laced product like diet soda that they used to use regularly.

Obviously with diet cola addiction there’s caffeine at work. But could the excitotoxic free-form amino acids aspartic acid and phenylalanine and/or the poisonous methanol that aspartame breaks down into also have an addictive affect? This research by Dr. H. J Roberts would seem to indicate so.

Coming up ahead, there’s also details on how to deal with sugar cravings when replacing soda. Cutting your intake of aspartame or high fructose corn syrup can be made much easier with a simple supplement that can dramatically reduce withdrawal problems.

The more diet cola a person drinks, the more likely they are to be addicted to it and have aspartame and caffeine withdrawal symptoms. For the heavy diet soda drinker, withdrawal support products would be especially important.

That said, like most addictions, the psychological component of habitual patterns should not be overlooked. If you notice the circumstances in which you usually drink soda, you’ll likely see familiar patterns and triggers. It’s these patterns and triggers that we look to become more aware of, so when they arise we can be ready to replace it with a healthier alternative.

While this is good advice and dehydration may be an element of why people reach for a soda, plain water itself just doesn’t seem like a close enough replacement for the familiar fizz and sharpness of cola.

The next step in breaking diet soda addiction is finding healthy soda alternatives like these that are full of antioxidants and actually very good for you.

By switching to these healthier replacements you can break a diet soda addiction once and for all and be free of the potentially damaging effects of aspartame, caffeine and all the other unhealthy chemicals in diet cola.

This article may contain affiliate links to products I recommend. As an Amazon Associate I earn from qualifying purchases.

Why Beans Cause Gas and the Simple Solution

Pumpkin Seed Oil Dosage, Timing and Best Price
The Top 6 Pumpkin Seed Oil Benefits
Why Your Carrots Really Should Be Organic Carrots
Drinking Carrot Juice for Skin That Glows and Eyes That Shine
How to Take Cod Liver Oil, Dosage and Recommended Brands