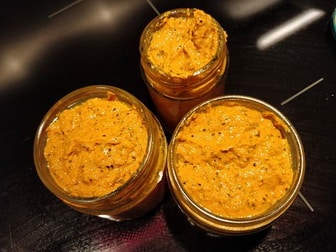 Golden turmeric powder is a popular natural remedy for inflammatory conditions like arthritis, muscle soreness and lower back pain.

Its curcumin compound has strong antioxidant properties and is often recommended for improving cardiovascular conditions.

There are many more lesser known, yet equally impressive benefits of turmeric though and the best of them are covered ahead.

There’s also a far more effective way to take it — by mixing powdered turmeric, black pepper and a healthy oil into a paste.

What Is Golden Paste?

You can buy ready made turmeric, black pepper and coconut oil paste, like this organic one on Amazon, if you prefer the convenience.

It’s simple to make at home though and there are step-by-step instructions for making turmeric paste here.

This potent natural treatment is beneficial for a wide variety of health problems and disorders, particularly diseases of inflammation. 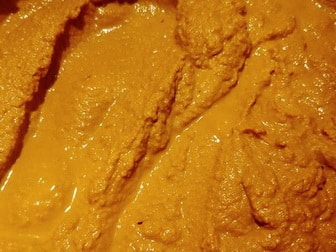 Turmeric powder has also been demonstrated to reduce C-reactive protein levels in the blood, a well known indicator of systemic inflammation.

These anti-inflammatory effects have important applications for a wide variety of diseases, such as arthritis, kidney disorders, cardiovascular disease and many more serious conditions.

2. Beneficial for Arthritis and Joint Pain

Turmeric paste has long been recommended for treating the symptoms of rheumatoid arthritis, osteoarthritis and other inflammatory joint diseases.

A natural inflammation fighter throughout the body, curcuminoids in golden paste regulate the pro-inflammatory COX-2 and 5-LOX enzymes.

They also protect the synovial fluid in joints from inflammation, without the many side effects of commonly prescribed NSAIDs.

Curcumin has been shown to protect chondrocytes, a type of bone cell, from inflammation as well. Chondrocyte molecular alterations and apoptosis contribute to joint damage in arthritis.

This study even found it could reduce bone degradation in arthritis by inhibiting osteoclast activity and maintaining osteoblast function to protect bone structure.

While turmeric is recognized as a premier natural treatment for arthritic pain, piperine, an active chemical in black pepper can also reduce pain in the body.

It does this by desensitizing TRPV1 receptors involved in the pain response. Piperine has been demonstrated to be superior to the more commonly used capsaicin in its TRPV1 agonist activity.

Combining both turmeric and black pepper in golden paste provides a synergistic effect against painful degenerative conditions like arthritis. It also helps with sore muscles after exercise or injury.

Curcumin in turmeric is a powerful antioxidant that neutralizes harmful free radicals within your body.

Free radical oxidative damage is strongly linked to serious diseases such as cancer, atherosclerosis, Alzheimer’s, rheumatoid arthritis and many others.

Curcuminoids have additionally been shown to increase the activity of your body’s own master antioxidant glutathione — vital for detoxification and a healthy liver.

Both of these actions make turmeric paste a potent natural way to improve your cellular defenses against free radical damage. 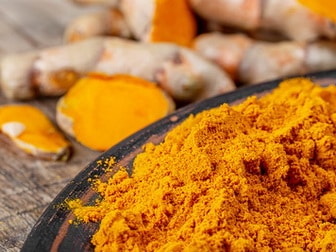 This randomized and placebo-controlled study found a preparation of curcuminoids reduced inflammatory cytokines and markers of oxidative stress in patients.

Curcumin can also function as a blood sugar lowering agent, according to scientific research.

Given this, people taking blood sugar medication should discuss this possible curcumin side effect with their doctor before using turmeric paste.

Curcumin has been shown to inhibit angiogenesis (new blood vessel formation) in white adipose tissue. By doing this it helps counteract fat accumulation that leads to obesity.

Bioavailable curcuminoids have also been demonstrated in trials to decrease adipose tissue size and promote weight loss in overweight people with metabolic syndrome.

The researchers concluded: “curcumin is well tolerated and can positively influence weight management in overweight people.”

7. Guards Against Alzheimer’s and Memory Loss

Golden paste, with its antioxidant piperine and curcuminoids, can reduce oxidative damage within the brain and prevent neurogenesis decline.

This bioactive compound has also been shown to have potent anti-amyloidogenic effects for treating Alzheimer’s. It inhibited amyloid beta-peptide and the formation of beta-amyloid fibrils — a significant factor in the development of dementia. 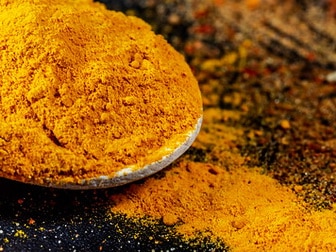 Alongside its anti-inflammatory and antioxidant properties, turmeric is antiviral and can be beneficial for protection against the common cold and flu viruses.

This research showed curcuminoids “had a direct effect on viral particle infectivity for the H1N1 influenza virus” and “reduced the yield of virus by over 90%”.

Both curcumin and piperine are natural immune boosters that help your body recover from respiratory infections, particularly important now with the worldwide pandemic.

Turmeric tea with ginger, cinnamon and other antiviral herbs is particularly good for persistent coughs, sore throats and other symptoms of respiratory viruses.

Turmeric has antihypertensive properties and can help lower high blood pressure. It does this by improving vascular endothelial function and reducing resistance to blood cell flow within your blood vessels.

Importantly, discuss taking high doses of turmeric with your doctor if on blood pressure medications, as this otherwise positive side effect may not be appropriate.

Its antimicrobial effects protect against the Helicobacter pylori bacteria, commonly responsible for the development of painful ulcers. 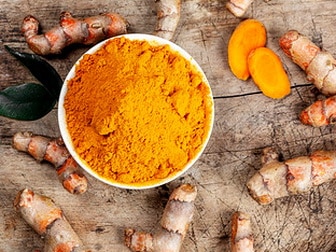 Some people report that turmeric and black pepper paste gives them acid reflux and heartburn is listed as a side effect of turmeric, particularly when taken on an empty stomach in high dosages.

Low doses of the herb can moderate stomach acid production though and curcumin has been demonstrated in studies to have gastroprotective properties.

In herbal medicine turmeric is considered a digestive aid and calmative, a substance that reduces belly bloat, intestinal cramping and excessive flatulence.

Erectile dysfunction affects millions of men around the world. This study showed the potential of curcuminoids for inducing erectile signaling and elevating cGMP levels.

As well as easing muscle soreness and joint pain, golden paste can be useful as a natural remedy for headaches and painful migraines.

This clinical trial showed a combination of turmeric and healthy fats was beneficial “as a treatment or prevention of migraine complications”.

Gram-negative bacteria coating your tongue, between teeth, on gums and other parts of your mouth produce odorous compounds that lead to halitosis.

Turmeric paste is highly antibacterial, especially if you make it with ginger, cinnamon and other antimicrobial herbs. This same germ killing effect helps prevent and even naturally treat gum disease.

Ginger turmeric tea swirled around the mouth would be even more effective for bad breath and preventing oral infections. 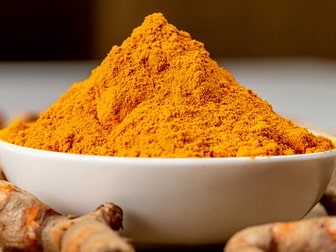 Candida albicans is a pathogenic fungus that can cause serious problems when it proliferates in the intestinal tract. It is also commonly responsible for vaginitis yeast infections.

Some gold paste users report good results against pimples by applying it directly to affected skin. Patch test first as it may sting and in some cases can leave a yellowish tinge (usually removed with a gentle toner).

Taking turmeric in a paste, tea or supplement, with its strong anti-inflammatory, antibacterial and antioxidant properties will improve your skin’s appearance in the long run as well.

Golden paste curcuminoids are powerful antioxidants and anti-inflammatories, making them useful as a natural treatment for various kidney disorders.

Research has shown the benefits of turmeric in treating kidney damage due to renal cysts and even kidney failure.

Curcumin has also been demonstrated in animal studies to reduce kidney stone formation.

Though other studies suggested large doses of turmeric powder with oxalates may increase the formation of kidney stones in susceptible individuals.

Be aware of this potential side effect and discuss taking the paste with your doctor if currently being treated for kidney stones.

19. Beneficial for Your Liver

Turmeric paste has a hepatoprotective effect on the liver, your body’s main organ of detoxification.

Other controlled trials have shown curcuminoid efficacy in the management of elevated liver enzymes for patients with non-alcoholic fatty liver disease.

This golden powder may also help protect against liver fibrosis and cirrhosis of the liver if taken consistently. 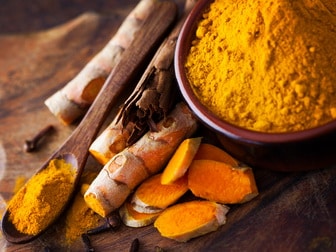 It is vital to seek expert medical care when suffering from a serious disease like cancer. Some forward thinking doctors though are now using turmeric as a complementary aid to conventional cancer therapies.

Studies like this show curcumin in turmeric has chemopreventative and radioprotective properties which could aid the body while undergoing chemotherapy for cancer.

Once again, if diagnosed with cancer first speak to your physician about using turmeric, black pepper and coconut oil paste as a complementary treatment.

Curcuminoids in golden paste have cardioprotective, anti-inflammatory, anticoagulant, antiplatelet and free radical scavenging properties. All of which are beneficial in reducing the risk of developing atherosclerosis and other forms of cardiovascular disease.

Hundreds of research studies have been published on the potential benefits of turmeric and curcumin for heart disease and other circulatory disorders.

Sciatica is a common and painful condition where the anti-inflammatory and pain relieving properties of golden paste can be of benefit.

The sciatic nerve runs from the lower back to below the knees. Curcuminoids can reduce sciatica pain by inhibiting pro-inflammatory cytokines and iNOS, COX and LOX enzymes.

Turmeric also has analgesic properties and can even help with neuropathic pain associated with sciatica and other inflammation diseases.

Turmeric paste can reduce mucus secretions in the respiratory system and curcumin has been shown to improve airway obstruction in bronchial asthma patients.

Taking turmeric and black pepper paste daily may also help with other chronic respiratory conditions, though discuss this with your doctor and don’t take it the same time as medications. 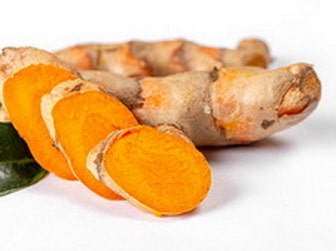 Organifi Gold is a superfood powder with turmeric, black pepper, ginger, cinnamon and coconut oil powder. As well as cancer fighting and immune boosting herbs like reishi and turkey tail mushroom and lemon balm to help you get to sleep.

I use this nutrient rich gold powder mixed with coconut milk as an extremely healthy alternative to turmeric paste when traveling. It’s a quick and simple golden milk you can make up anywhere.

Read my personal review of Organifi Gold here and why it’s so good for immunity, stress relief and better sleep.

Inflammation is at the heart of a wide variety of chronic health problems and serious diseases, such as arthritis, cardiovascular disease and even obesity and inflammatory skin conditions.

A daily dose of turmeric gold paste is one of the best natural treatments for inflammation, disease prevention and an all round healthier life.

Turmeric also has strong antiviral and immunity boosting properties, all the more important with the global pandemic.

Learn about the best daily dosage, ways to take it and potential side effects here.

You may also like to try ginger turmeric tea, particularly good for coughs and sore throats, as another effective way to get curcumin and piperine into your daily diet.

I hope all of these beneficial effects of turmeric paste have inspired you to try it for yourself. All you need is some good organic turmeric powder, like this one I use, and some black pepper and coconut or olive oil.

Follow this step-by-step golden paste recipe to quickly make it up at home and start enjoying its many benefits for better wellness and well-being.

Antiviral Turmeric for Colds, Flu and Boosting Your Immune System