How to Use Pumpkin Seeds for Intestinal Worms 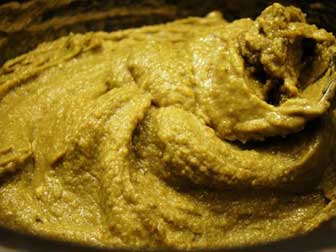 Parasites like human intestinal worms are a far more common problem than most people realize. Here is how parasites can enter your body and some of the main symptoms of tapeworm and other parasitic infections.

Also ahead is a natural remedy for intestinal worms in humans, based on a traditional German parasite treatment using raw pumpkin seeds.

The pumpkin seed contains a substance called cucurbitin that treats worms and other parasites by paralyzing them so they can be expelled from your body.

You can use the pumpkin seed treatment ahead for human intestinal parasites like tapeworm, ascariasis, pinworms and ropeworm and it may also help with worms in dogs.

First though, a look at the parasite problem and some of the most common symptoms of parasitic intestinal worms.

Parasites can enter your body through contaminated water or food (particularly meat like pork or uncooked fish), mosquito bites, intimate contact, and through the nose or mouth after touching an infected animal or contaminated surface.

Generally, a healthy person’s body should deal with parasites effectively and prevent them getting a chance to take hold. However, when your immunity is low, your digestive system is functioning poorly, or intestinal flora is out of balance then parasites like intestinal worms can become a big problem, manifesting a variety of sometimes baffling symptoms.

The difficulty in diagnosing intestinal parasites is that the symptoms often mimic other health problems. Experts in human parasites have said that a parasitic infection is a condition that commonly goes undiagnosed.

Just because you have one of the symptoms listed below, does not mean you have intestinal worms.

If you have several of the symptoms combined though, it may well be a good idea to seek advice from a knowledgeable healthcare professional. Choose someone who understands just how serious a problem this can be and how to treat parasites properly.

Parasitic infection of the gastrointestinal tract can be responsible for ongoing intestinal bloating and excessive gas. This is due to the blockages tapeworms, rope worms and other parasites can cause in your digestive system and the changes they often make to the intestinal environment.

Some human parasite infestations, like a protozoan infection, produce a substance that leeches sodium and chloride from your body, leading to frequent diarrhea.

Conversely, parasitic worms can block the passage of digesting food or waste being eliminated, resulting in constipation.

Worms can attach themselves to your intestinal walls, causing irritation and inflammation that leads to gastrointestinal spasms, contractions and poor nutrient absorption. All of these are common symptoms of IBS.

The malabsorption of the nutrients in your food and stresses on your body due to a an infection of intestinal worms can lead to being in almost constant state of tiredness, low-energy and fatigue.

This is obviously very difficult for the average doctor to diagnose and, unless there are more obvious symptoms, low level parasitic infections often go undiscovered for long periods, if at all.

Parasites can cause irritation and inflammation in a gastrointestinal tract, making proper digestion difficult and leading to allergic reactions to certain foods.

Leaky gut syndrome is often behind a sudden increase in allergies and improving your intestinal environment is the key to healing it, not taking drugs that mask the symptoms.

Parasites steal energy sources, vitamins, minerals and other nutrients from your gastrointestinal tract during digestion. Poor immunity can result from this lack of nutrition, even if you are eating relatively well.

Additionally, as parasites are constantly stimulating an immune response, over time they can lead to an exhausted immune system. This makes you vulnerable to other kinds of other foreign invaders like viruses and the candida fungus. 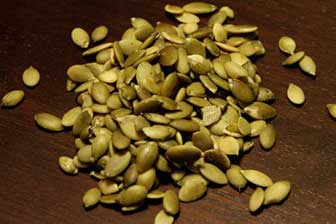 Parasites are a serious problem and a lot more of us may be infected with them than we realize. This is due to the symptoms (and there can be many more than those listed above) often been explained away as something much easier to diagnose.

If you’re having health problems like digestive issues, allergies and poor immunity, low-energy and constant tiredness and fatigue, it may be well worth your time to visit someone who understands just how much of a health issue parasites are and what treatments are available.

The Global Healing Center has a more detailed look at the different kinds of parasites, their various symptoms and their effect on your body. I’ve used their Oxy-Powder and Paratrax combination in the past and felt much better in the weeks after using them.

The Oxy-Powder I still use monthly as an intestinal cleanse, even though I have no reason not to think I’m now parasite-free.

While those treatments are made from natural ingredients and oxygenated magnesium, I’ve always believed there’s a lot of value in homemade remedies for health conditions like parasites using powerful natural foods.

Pumpkin seeds are a traditional remedy for parasites in Germany and next is how to use them as a treatment for intestinal worms like tapeworms, pinworms, rope worms, roundworms and other helminths.

Using Pumpkin Seeds to Get Rid of Parasitic Worms

Pumpkin seeds have been traditionally used as an anthelmintic (a substance that helps expel intestinal parasites). Here’s a recipe for how to make them up for this purpose and use them yourself.

Importantly, this pumpkin seed treatment for intestinal worms may not actually kill the parasites outright. Rather, it is believed the high levels of unique compounds known as cucurbitacins in pumpkin seeds paralyze the worms. This prevents them from attaching to the intestinal walls to prevent excretion, as they usually do during a bowel movement. 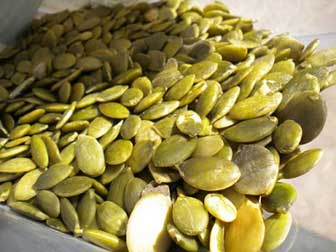 The parasite recipe ahead contains quite a large amount of raw pumpkin seeds. This is deliberate, both for the high levels of cucurbitacins and to help you go to the toilet afterwards. Pumpkin seeds are very filling so you’ll probably want to time it as a meal replacement. Early in the morning for breakfast is best.

It is also strongly recommended to follow this pumpkin seed worm treatment with a natural laxative, such as triphala, to make sure that as many worms as possible are expelled before they recover. An oxygen and magnesium based cleanser like Oxy-Powder is also very effective for this purpose.

Treatment Time and Other 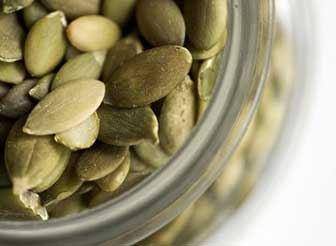 While some people may get good results with just one treatment, intestinal parasites like tapeworms, ascariasis and other parasitic worms are tenacious and making up the mixture multiple times is likely to be more effective.

For best results make up this pumpkin seed parasite treatment first thing in the morning for at least two or three days (though no longer than a week, as laxatives shouldn’t be used for more than seven days in a row).

Have a week off and then repeat the following week, preferably following this routine for up to a month to deal with the parasite breeding cycles.

As mentioned earlier, there are many different types of parasites that can cause a variety of problems. While this homemade pumpkin seed remedy for tapeworms has been reported effective for many people, it may be best considered as part of an overall parasite treatment program.

It is beyond the scope of this article to cover all that is involved in treating parasites once they get a hold. If you’re interested in much more on the subject, I’d suggest the Global Healing Center’s website and in particular their Paratrax parasite treatment formula, would be a good place to start.

There are also several good online forums like Curezone, full of information on parasite symptoms and treatments.

I hope using pumpkin seeds for parasites works for you if you try it. I’ve answered many questions about the recipe and how to do the treatment in the comments below.

I must state though that I cannot give any specific medical advice on parasites for individual people. If you suspect parasites but can’t get help from a regular GP then I’d recommend seeking out a specialist.

This page has a list of physicians who specialize in medical parasitology and can be searched by state or country. I hope it’s helpful for some people out there as, from the many comments on this page and particularly this papaya seeds for parasites article, it seems to be hard to get parasite problems taken seriously and treated properly.

Alternatively, traditional herbal medicine and Chinese medicine in particular have a long history of treating parasites and may be able to help. Make sure you discuss your concerns over the phone first and to check that the practitioner has experience with intestinal worms and other parasitic infections.

I hope that the information on using pumpkin seeds for parasites on this page has been helpful and wish the best in your healing for anyone dealing with this problem.

Since writing this article I’ve also investigated and written about using other traditional treatments for parasites like black walnut, wormwood and clove and papaya seeds and how to make a worm killing smoothie with them.

Getting rid of parasites generally isn’t easy but I hope this pumpkin seed remedy for intestinal worms can be an effective tool in your arsenal against them.